After two short years at our second location in Belpre, Ohio – we decided to build our own clinic on the other side of the highway.  We broke ground on July 18, 2017.  Below is our crew along with the key players on our team. 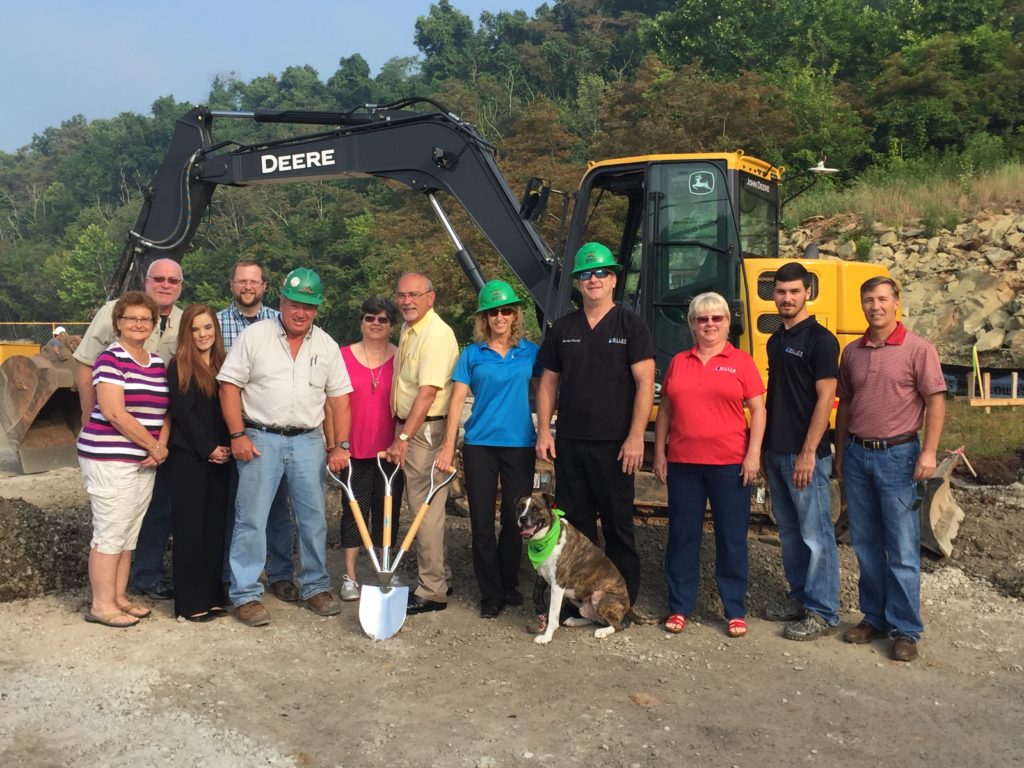 Our move was spurred by the explosive growth of the medical industry in our area. We are fortunate to be part of that growth that offers new technologies and medical services right here at home in the Mid-Ohio Valley.

We are proud to announce that our new building is complete!  We met our October 31st deadline, beat it in fact.  Our building was ready in less than three months on October 12, 2017.  Crazy! 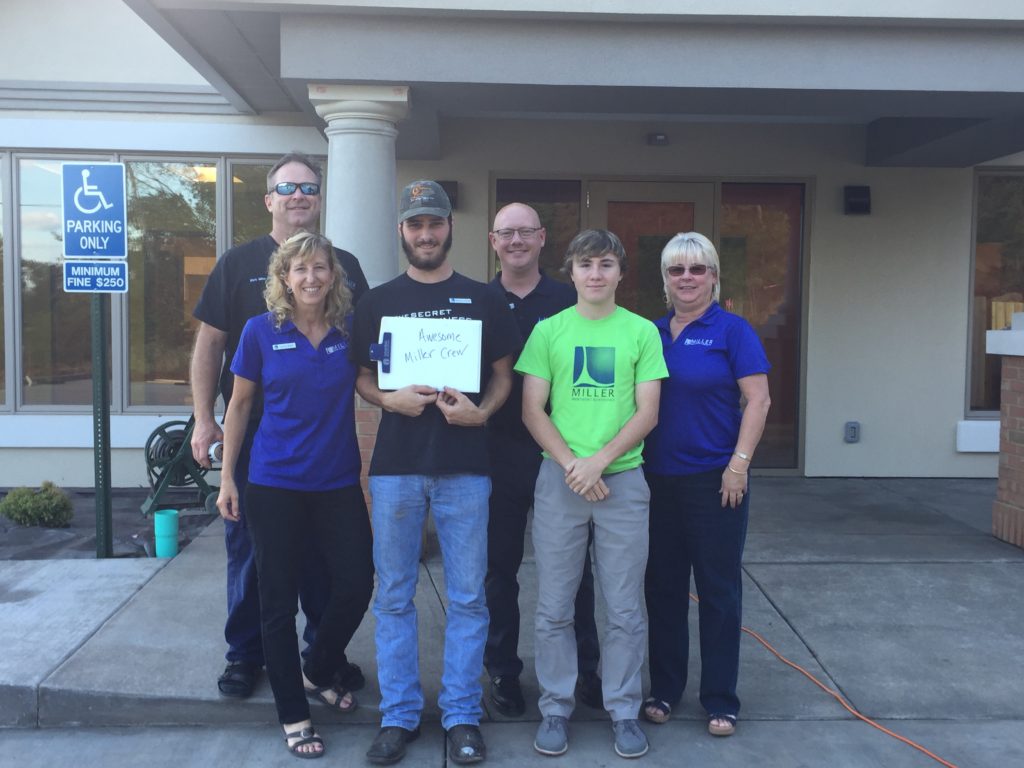 After searching the valley, we assembled an amazing team of local companies that pulled off the project – ahead of schedule and under budget.  From ground breaking to the occupancy permit in less than three months.

Our technician, Dakota Wentz, noticed a building going up fast in the area.  He knew we were under a tight deadline and suggested we call them.  And so we did.  After interviewing several contractors and excavators, we found that Mondo Construction and Excavating shared our same vision for the land we owned.  They are more than a construction company, they are developers and can read the layout of the land and deliver an amazing building.  During the project there was always a flurry of activity at the location, and their employees and subcontractors worked around each other to get their jobs done.

Not only was Mondo key to the project, but we were extremely pleased by the responsiveness, talent and professionalism of the many other teams. Two of the first on-site teams were new companies in the Mid-Ohio Valley.  Jonathan Perkins surveyed the property with amazing turn-around time, and he kept expanding the survey as needed with next day turn -around in many cases.

Eric & Alisha Morgan from Sustaining Development were the civil engineers on the project and helped us place the building on the land.  They also worked hard and fast, and stayed connected to government officials and regulations.

J.H. (Chip) Wilson was the architect who agreed to design the building in one month.  As promised, he met his deadline – even after an engineering decision required him to flip and mirror the original plan.

Tiera Arnold from T’s transformations has a magic paint brush and a great team.  They painted every inch of the building inside & out.  If you saw lights on after midnight, it was Tiera and her team.  They worked on a tight schedule and in unison with Mondo and subcontractors so that workers could stay on track.

Mondo subcontracted with many other local companies, and every one of them committed to and met their time line.

With such a fast-paced project, communication was the key.  Mark Mondo truly has a team of professionals that answer every phone call and text immediately.  John Anderson, was the project manager and owner liason and made sure building supplies were selected, ordered and delivered as needed.  Mark Mondo excavated the site himself to make sure it was off to a great start.  Kevin Guiler ran the building project on site, is very detail oriented, ran a tight ship and is respected by his employees.   He was always available for a phone call or meeting, and responded to requests and changes quickly and meticulously.

Chad Hendrickson ran the concrete and supervised everything outside of the building.  He was usually found on the bulldozer transforming the land into a beautiful and functional area, including extra work for the city by replacing their sewage culvert.

There were many other players behind the scene, like Mark Guiler, who made sure equipment and supplies were on-sight as needed.  Mondo also kept county inspectors informed along the way so there were no surprises along the way.

Keating, our three-legged certified therapy dog had his own hard hat and kept a close eye on the project every step of the way. 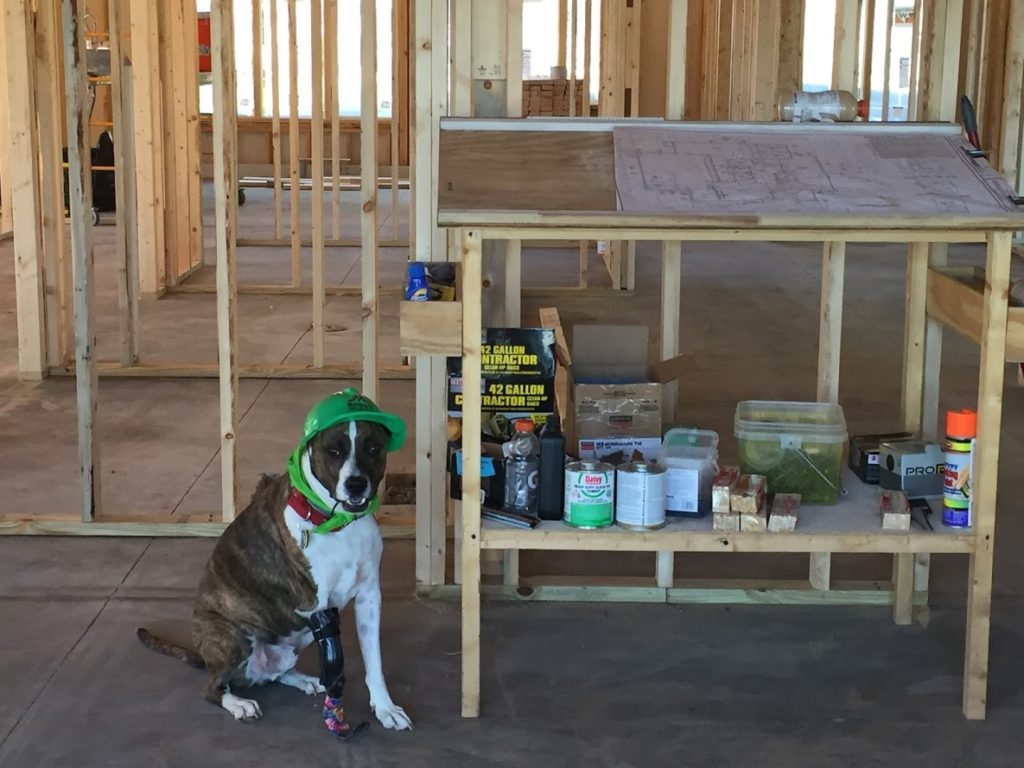 To thank the entire crew (including all subcontractors) for working so hard on this project, we had a barbeque on site on Thursday, October 12.  As an added surprise, the inspectors came earlier that day and the building passed all of the final inspections!

The City of Belpre, especially Mayor Mike Lorentz and Leonard Wiggins Code Enforcement Officer, have been very helpful in all steps.  They are eager to see their community grow and do what it takes to get it there.

Karen Waller, Executive Director for the Belpre Chamber and other chamber members were also there for us, especially when we were searching for a location.

We are very tied to the city of Belpre and proud to be part of that community.

Our new building is located at 2354 Richmiller Lane, Belpre, Ohio 45714.  This address was meant to be – Richard P. Miller is the name of Mark Miller’s father.  … a lucky sign!  We will also continue to see patients at our original location at 2601 Dudley Ave Suite 5A, Parkersburg, WV.

We hope you can join us for the Ribbon Cutting with the Belpre Chamber of Commerce and Mayor Mike Lorentz  and the Flag Raising Ceremony by the Belpre American Legion Post 495 on Thursday, November 2, 2017 at 10 am.  We’ll have coffee and donuts to get your day started.

The Grand Opening Celebration will be tied into our Five Year Anniversary and Christmas party on December 12, 2017 from 4-8 pm.  We hope to see you there!

Thanks again to everyone who helped pull off this incredible building project.  We commit to serving the needs of our community for artificial limbs, braces, supports and all pediatric orthotic needs.  We will continue to find smiles with Keating, our three-legged therapy dog, and build the limb lost community spirit with the Prosthetic Users Group who will meet at our new office on the second Tuesday of the month. 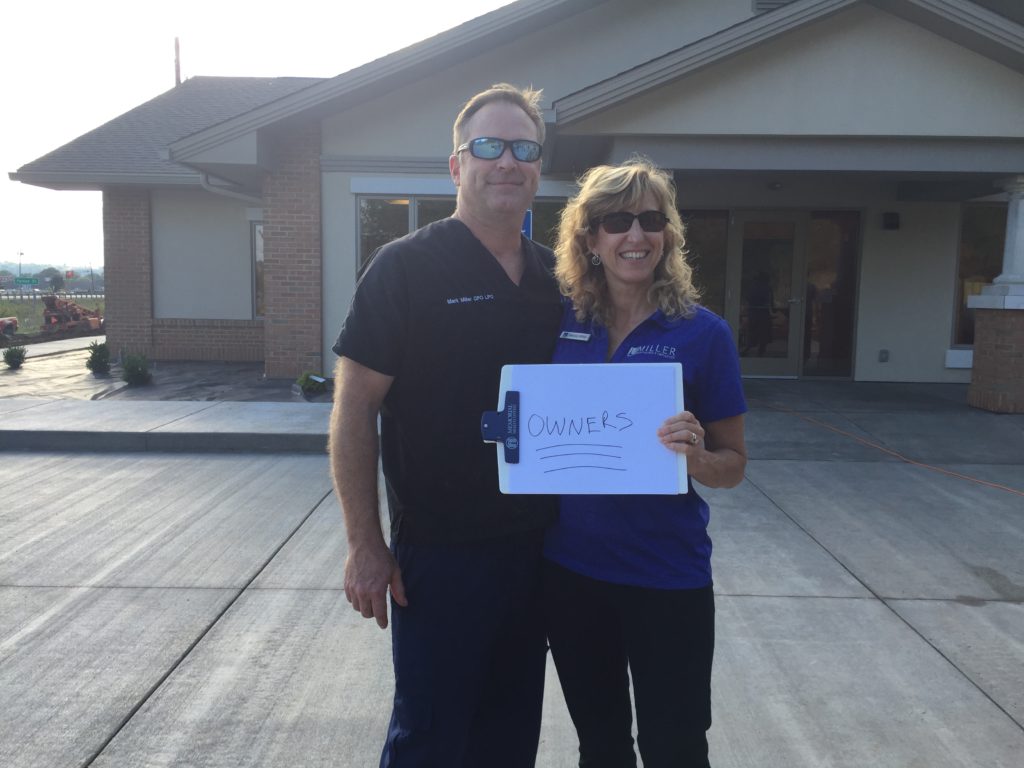 The Prosthetic Users Group is proud to announce that the Mid-Ohio Valley, and surrounding area,…

We are proud to have articles featured in the Parkersburg News & Sentinel, Marietta…

Thank you to EVERYONE who built this beautiful building in three short months.  What an…