Mark and I woke up early and headed to Copacabana Beach for the Triathlon. We took the new segment of the metro (subway) line that was only open to people with tickets or credentials. We had credentials, but no tickets. We didn’t think we needed tickets and thought we could just watch from the beach. We had a short walk from the subway to the event at Fort Copacabana, and the race started at 10 am.

When we arrived at the beach, we found that the roads were blocked off and there was a big fence for the event. As we approached the entrance, one of the volunteers noticed the “6” on our credentials and ushered us to the entrance area. From there we were passed off to other volunteers as we crossed the event course and led right into the Paralympic Family Lounge. We couldn’t believe it! Evidently the department we work for has the best credentials out of all volunteers and gives us access to the lounge, including the best seats, food and beverages. These seats included couches and nice chairs set up on a platform on the beach, with access to the swimming transition area. 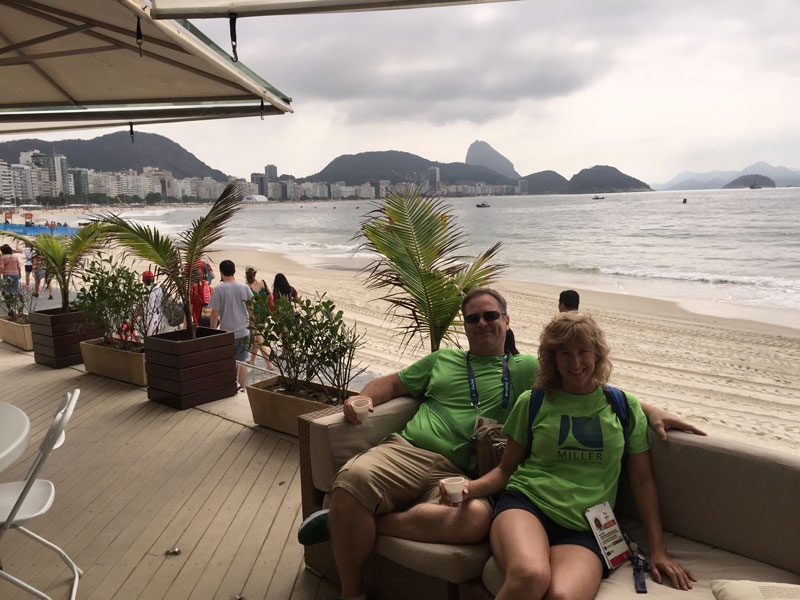 Mark and Nancy Miller at the Triathlon event – Copacabana Beach 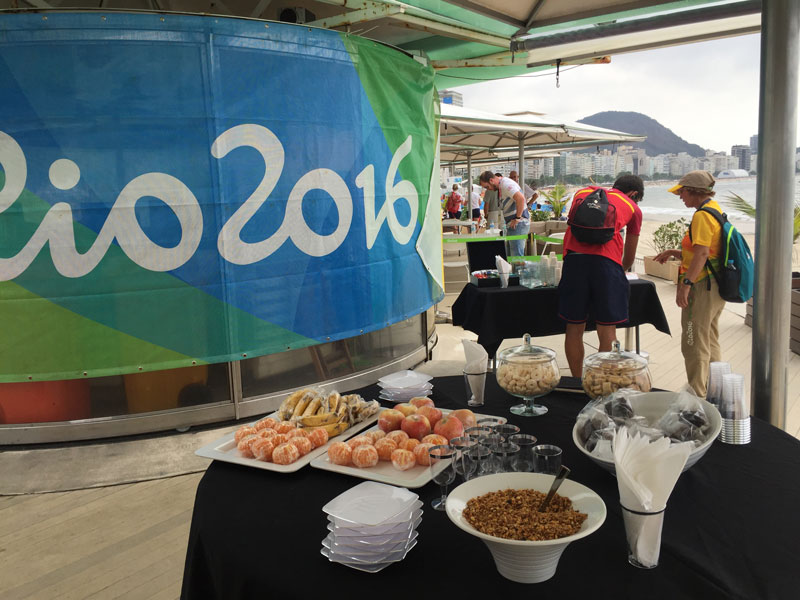 In the lounge we met George Bauernfeind, from BP. We learned that BP is a significant sponsor of the Paralympics. They sponsor several athletes and also pay to bring their families to the games for their support.  Thank you BP for all you do for the athletes and their families.  (BP also has a lounge for their athletes, families and other guests to relax, socialize and dine while they are in the Barra area.) 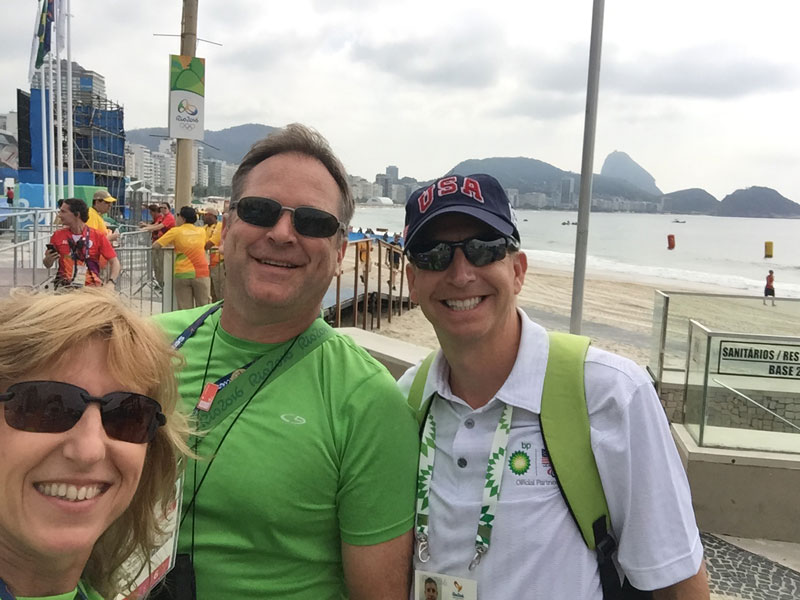 Nancy and Mark Miller with George Bauernfeind, from BP in the lounge viewing area. 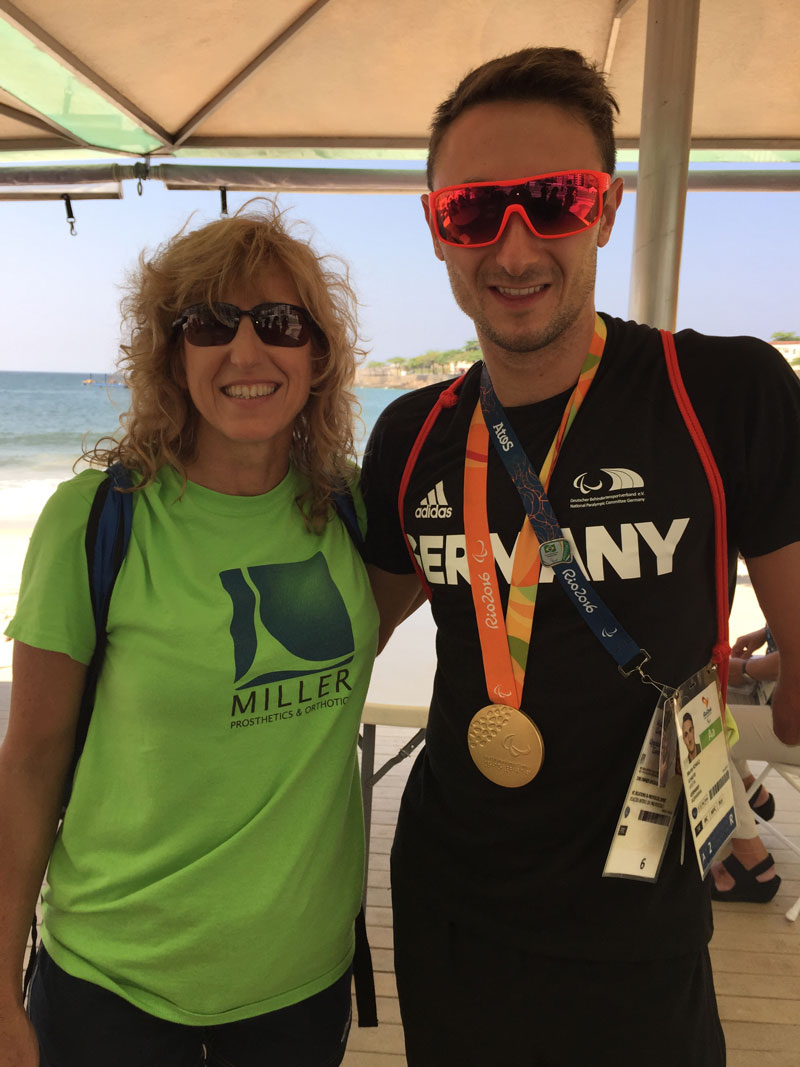 Congratulations to Martin Schulz, who won the Gold Medal in the Triathlon for Germany on the previous day, September 10.  Each medal also makes a different sound for the blind athelets.

We were there for the start of the race. It began as swimmers dove from a platform set up in the ocean and swam 750m (.47 miles) to the beach. We made our way to the beach transition area where the athlete’s families were watching. We were privileged to be standing right next to the family of USA athlete Melissa Stockwell, who was a first lieutenant in the Army and the first female soldier to lose a limb in the Iraq War. We also met the volunteer team physician, Andy Gerken.  Andy was so helpful as he informed us about each USA athlete as they came out of the ocean to get transition to the biking segment.  The athletes were simply amazing – especially to swim in the ocean with such current and exit the beach still full of energy to don their prosthetic leg. 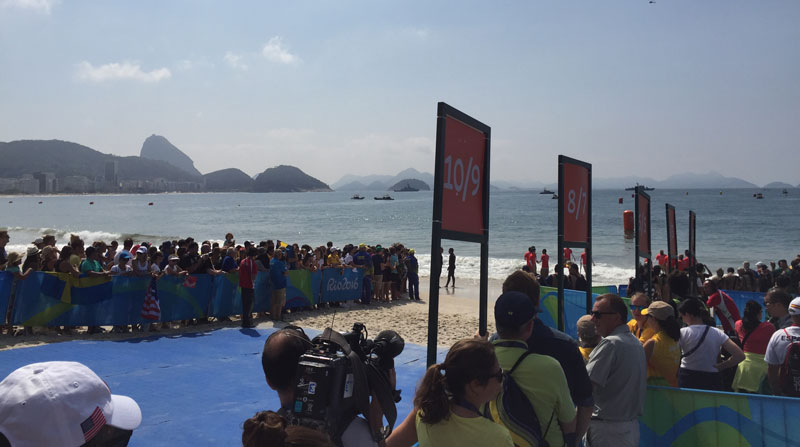 The transition from swimming to biking was amazing. The athletes with limb loss swim without a prosthesis. They exit the water with help, go to a chair on the beach and put their leg on so fast you wouldn’t believe it! Then they run to the biking area where they bike 20km (12.4 miles) which is several laps around a roped off course before they transition again to the 5K (3.1 mile) run. 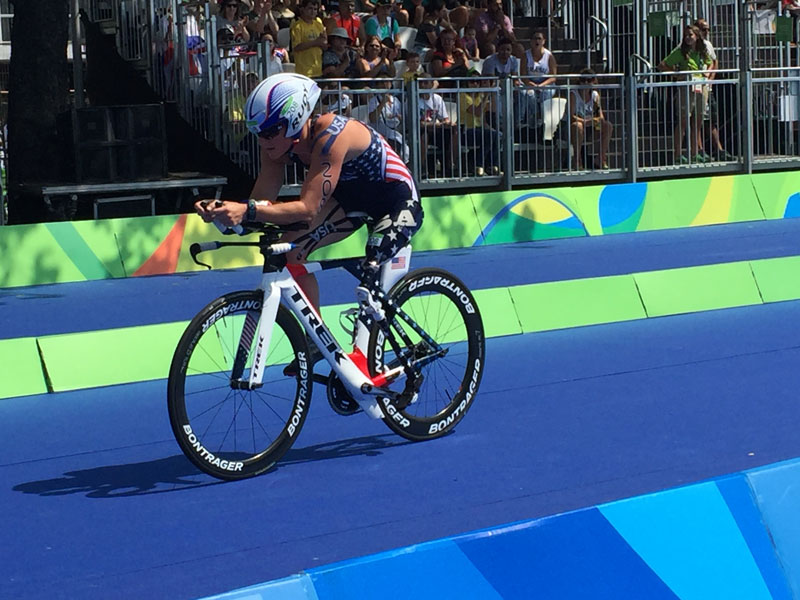 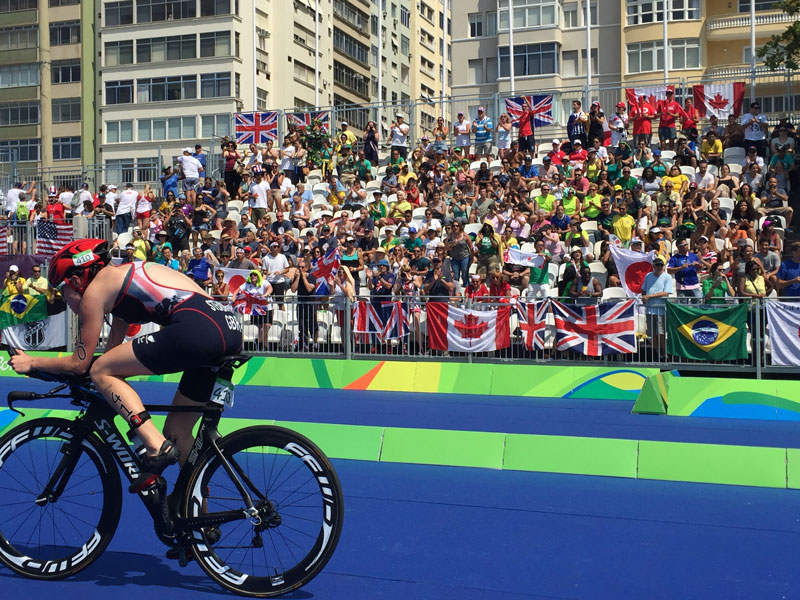 We were going to leave before the race ended since we both had to work that afternoon. BUT – the USA women were leading the race so we had to stay.

Then Triathlon made it’s debut to the Paralympics with this race in Rio and the USA women dominated!

Here is a bit about the Triathlon and it’s categories from http://www.bbc.com/sport/disability-sport/18934366

Triathlon was accepted onto the Paralympic program for the 2016 Games in Rio and it consists of a 750m swim, a 20km cycle and a 5km race to the finish line.

The sport is divided into five classes for both men and women.

PT1: This class is for wheelchair users. They swim, cycle using a hand-bike and complete the 5km run in a racing wheelchair.

PT2-4: These classes are for ambulant athletes whose impairments include loss of muscle strength, range of movement and loss of limbs. They can cycle using approved adaptations and run with or without the use of prosthetics.

After the race, Mark and I found our way back to the subway and headed home.  On my way back, I was a bit side tracked by the Sunday market near my apartment, so I stocked up for the week.  Mark made his way to Olympic Park where he started his volunteer job a the Tennis Event. 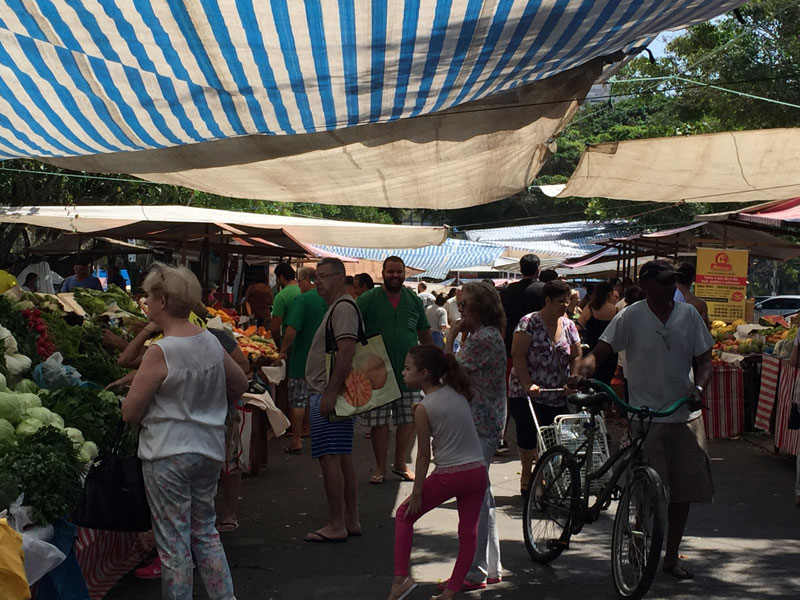 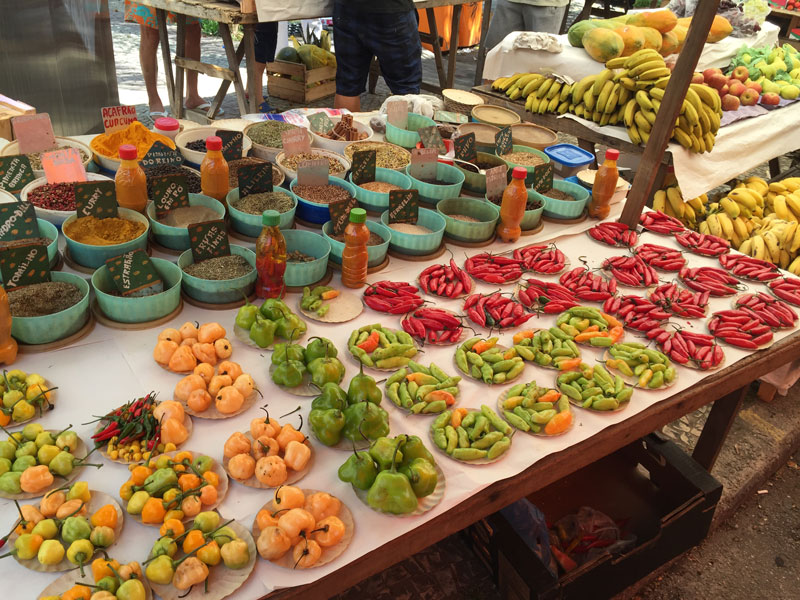 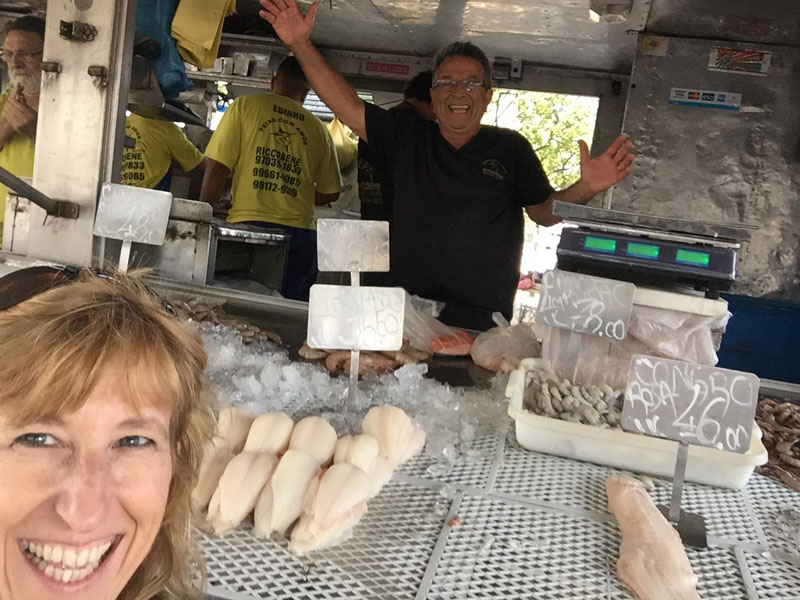