He may be one of the happiest dogs you will ever meet. In fact, you many not even notice right away that he is missing his right front leg. Keating was born without a leg in Chattanooga, TN in May 2014 and rescued by Mark and Nancy Miller that August. Mark Miller, a certified prosthetist/orthotist with offices in Belpre, OH and Parkersburg, WV, adopted Keating so that he could continue to make new legs for him as he grew. Now at four years old Keating has been wearing a prosthesis since he was a puppy, and his main job is to bring smiles to those in need. 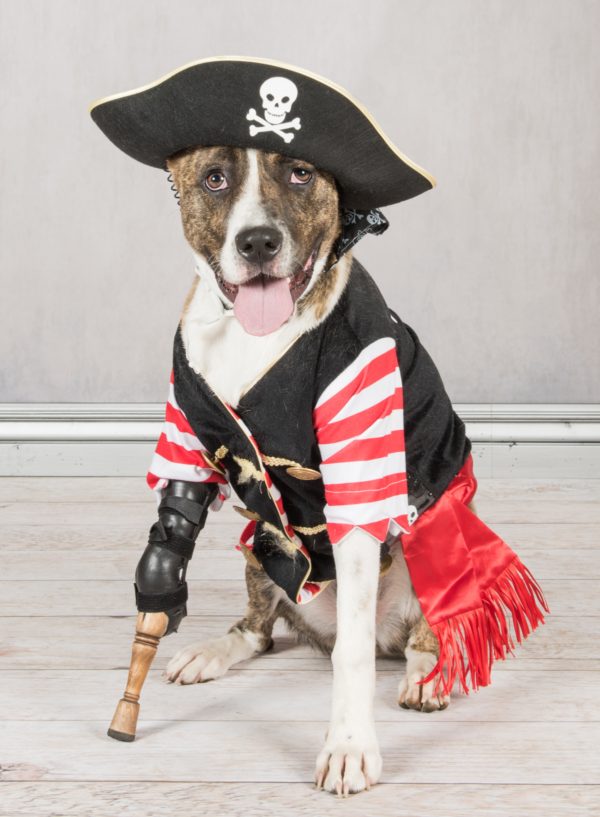 Most days, Keating can be found at the Belpre, Ohio office of Miller Prosthetics & Orthotics. He was trained by the Millers and was certified to be a therapy dog in June of 2016 by Therapy Dogs International. Within a week of his certification, the Millers took him to a National Amputee Coalition Conference in Greensboro, NC. The response from attendees with limb loss was so overwhelming, that they decided to share him with the community even outside of their office.

Now Keating makes weekly trips to Belpre Landing to visit the residents and others in short-term rehabilitation. He has also been to both hospitals in the area, a variety of doctor’s offices, and has recently made some rounds at HealthSouth Western Hills Rehab Hospital. He recently attended WVU’s Health & Wellness Day at the Grand Central Mall, the Senior Expo at Grand Pointe in May and a senior event at Putnam Howe Village in Belpre in June. He has visited students at Mineral Wells Elementary School and the Humane Society’s Camp Ruffin It, and was able to introduce the children to limb loss and how prosthetic legs work. He is always around for the Prosthetic Users Group meeting which is held on the 2nd Tuesday of the month at 6:30, usually at the Miller’s Belpre, Ohio office.

In June 2015, Keating won the costume contest for the Humane Society of the Ohio Valley. He was wearing a pirate costume and his then brand-new custom “peg-leg” hand-turned from willow wood. Willow is the type of wood that prostheses used to be made from. The pirate picture taken at that event is now featured on Keating’s very own business card. If you see Keating out and about, be sure to ask for his card!

For the last two years, Keating has also visited the Amputee Coalition’s summer camp for children with limb loss at Camp Joy, in Clarksville, Ohio. This year, one of the campers said she still had Keating’s card from the previous year. She carries it around in her wallet and brought it with her to the camp. She said that whenever she gets sad, she looks at the card and thinks “If he can do it, I can do it.” 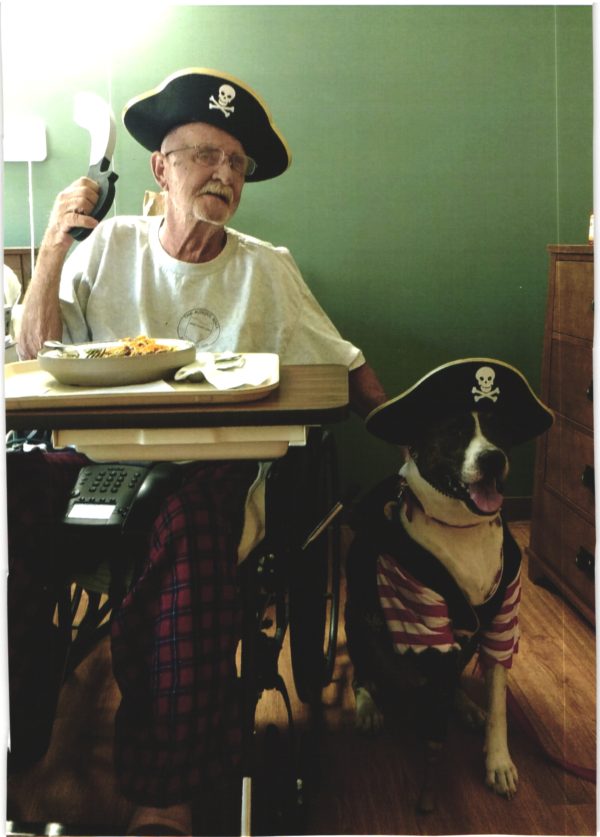 To read more about Keating, you can find articles and pictures at MillerPO.com under Inspiring Stories: https://millerprosthetics.com/category/keating/

About Miller Prosthetics & Orthotics:
Miller Prosthetics & Orthotics is a team of highly experienced professionals who provide people with the most comfortable and functional fit for artificial limbs, and orthotic braces, supports and cranial helmets. They see patients in two locations: Belpre, Ohio and Parkersburg, West Virginia. They are a high-tech, organized and efficient organization who provide outstanding patient satisfaction at all levels. They also lead the Prosthetic Users Group of the Mid-Ohio Valley, own a 3-legged certified therapy dog named Keating, and are certified visitors through the Amputee Coalition.

For more information about Miller Prosthetics & Orthotics, call 740-421-4211, visit www.millerpo.com or email us at info@millerpo.com

Here is an accompanying article written by the Parkersburg News & Sentinel: http://www.newsandsentinel.com/news/local-news/2018/09/therapy-dog-brings-smiles-to-patients/

Congratulations Keating! Miller Prosthetics & Orthotics is proud to announce that Keating has graduated and…

After six years of dragging his left back leg when he walked, Louie’s back hip started…