After being in Rio for two weeks solo, Mark joined me on Friday, September 9! 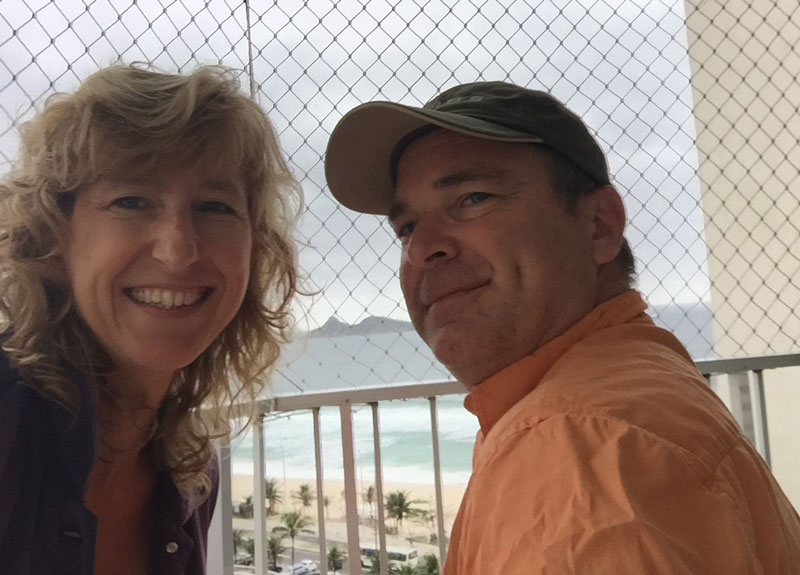 Nancy and Mark finally together for breakfast on our patio!

Traveling to Barra da Tijuca is not the easiest feat. Mark left on Thursday evening and arrived in Brazil Friday morning at 8 am. It takes two buses and about two hours with traffic to get to the Western region of Rio called Barra da Tijuca. (Pronounced Baha) Plus riding the bus is tough. It’s rare to find someone who speaks English, and it’s very difficult to know when to get off the bus and how to transfer. He finally made it, exhausted and burdened with luggage, but he was finally here!  Yay!!

He was able to rest for a few hours before he had to turn around and go north of the city to get his credentials and uniform.  It was another painful travel trip.  This time he used Uber, but found himself stuck in too much traffic.  Lesson learned – on a long trip, don’t select the “share a ride” option with Uber.  He had to go out of his way for two extra people and only saved a few dollars.

The volunteer coordinator in my department (International Relations Protocol) was able to assign him to our team, but station him at the Tennis Venue. As a reminder, our team takes care of the Presidents, Secretary Generals and guests of the International Paralympic Committees (IPC), The National Paralympic Committees (NPC) for every country and the International Federation (IF) for each sport. The leaders and their guests from these three groups are called the “Paralympic Family”. I was able to set his schedule to match mine and have mornings free for the beach volleyball class!

Although his first day was filled with too much travel in tons of traffic, at least he got it out of the way and consolidated the errands in one day. He was scheduled to work Sunday-Thursday.

After a day of traveling, I was able to introduce Mark to my new best friend in Rio, Claudia.  She met us at a nearby restaurant. 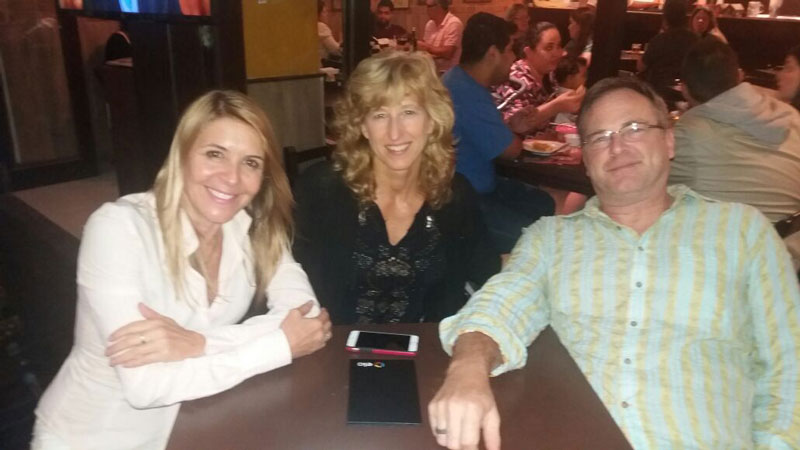 Claudia joins us for dinner at a nearby restaurant.

We didn’t stay out late – Mark was exhausted and he needed to rest for our volleyball class the next day. 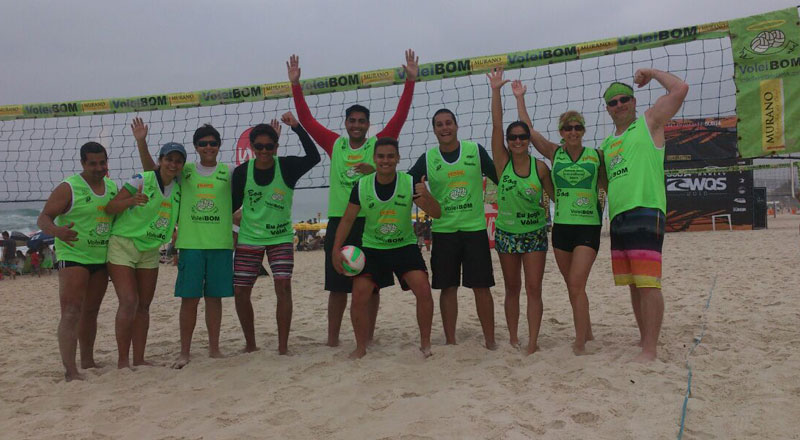 Mark’s first Portuguese/Volleyball class. Everyone loved him of course! 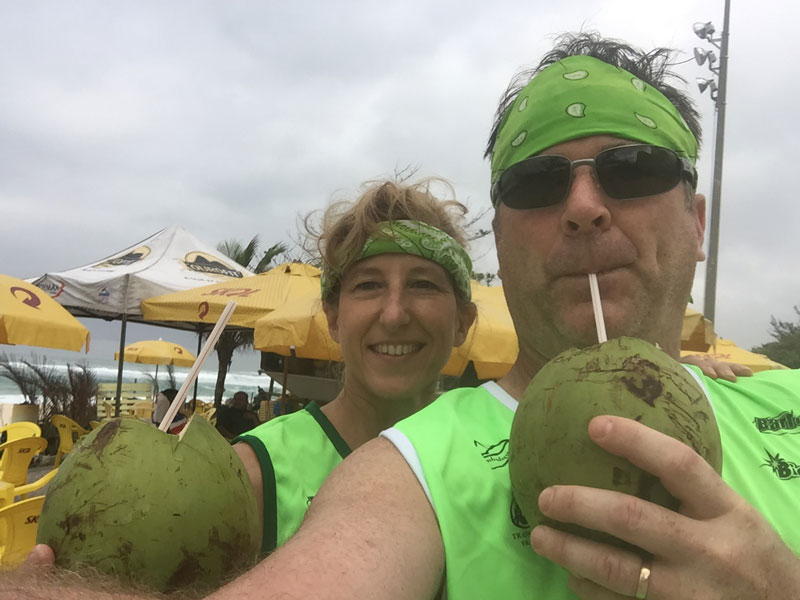 Chilled coconut water is served straight from the Coconut. You can buy them everywhere for about $2.

The tennis venue is at Olympic Park, and it also takes a while to get there. From our apartment, it’s a 20 minute walk to the BRT station (or a 10 minute bus-ride). The BRT is a new bus-line made especially for the Olympic and Paralympic games. The buses have their own lane on the highway, blocked off by a curb. There is an express bus that goes from our stop directly to Olympic Park. So although Mark gets the excitement of working at an event, it takes about an hour to get there and he is often stationed outside – today it was really hot! He also has to stay until the competition is over, and they have been running late. My assignment on the other hand is next door (3 minute walk) inside a comfortable air-conditioned hotel lobby, but not near the excitement of the competitions. I am happy with my job, it’s close and comfortable, I meet organizers from all over the world, and I can still fit in the games when I am not working. 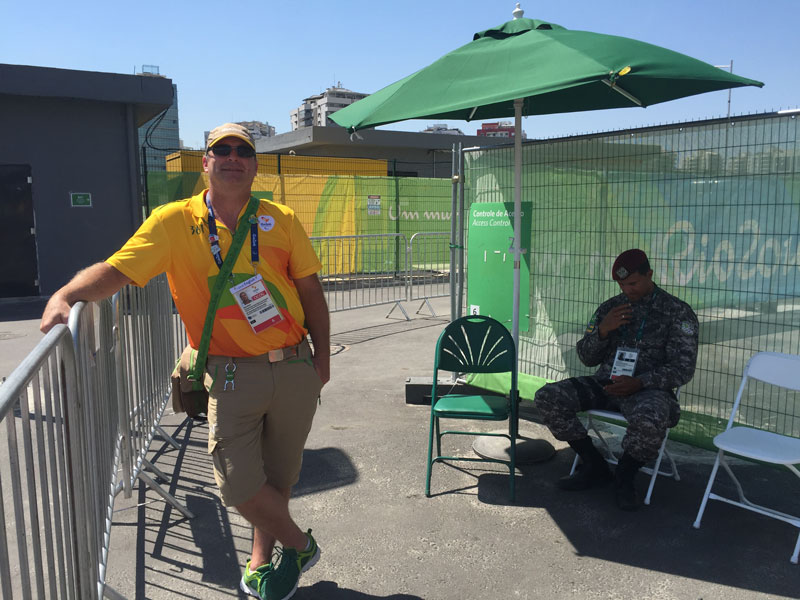 Here is Mark in his uniform at one of his stations at the Tennis Venue.