Mark and I headed to Olympic Park after our visit to Paralympic Village on Saturday, September 10th. We had tickets to the cycling event.

Olympic Park is massive. There is an open space in the center of the eight huge stadiums where people can purchase food and eat at picnic tables. We were starving, so we ate first and then headed up the steps to the Rio Olympic Velodrome for Cycling. 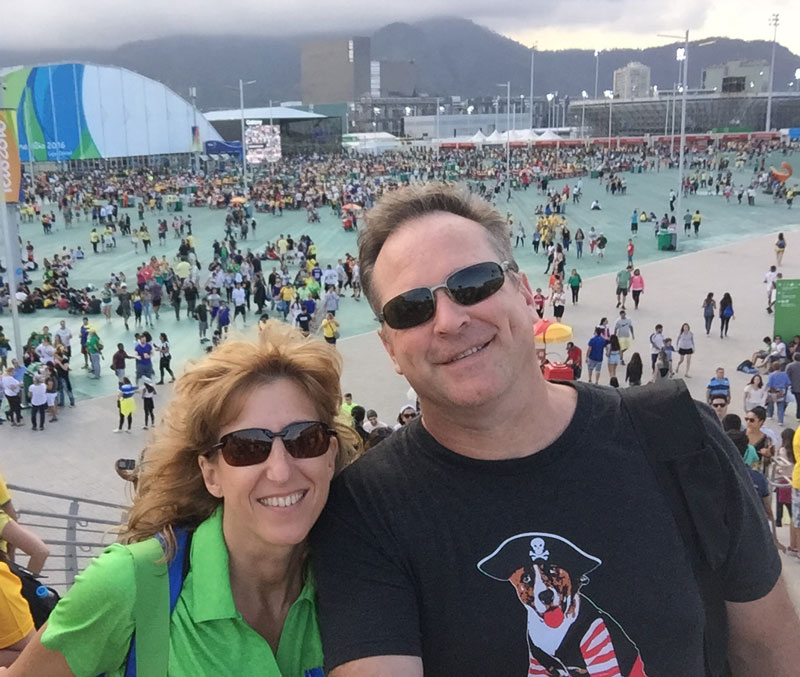 Nancy and Mark with Olympic Park picnic/gathering area in the background.

Here is a panoramic shot of inside the Rio Olympic Velodrome. 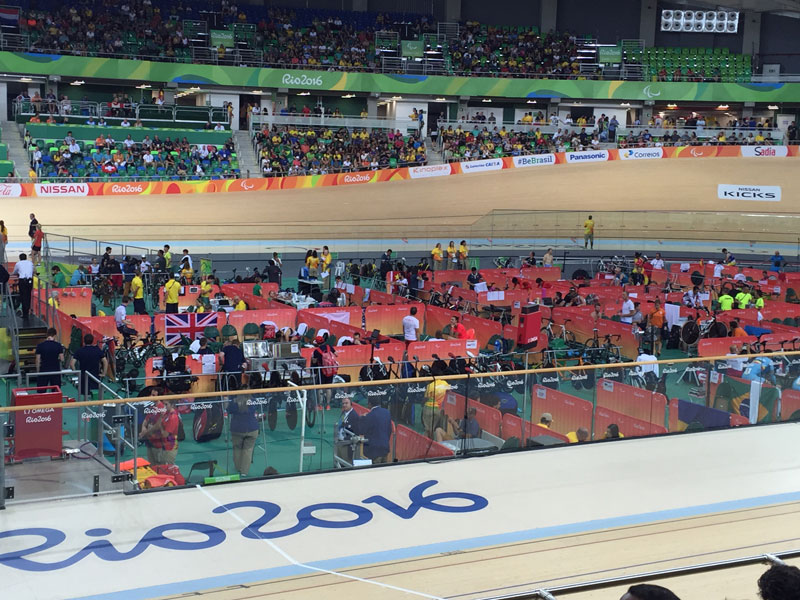 A view of the center staging area at the cycling event. 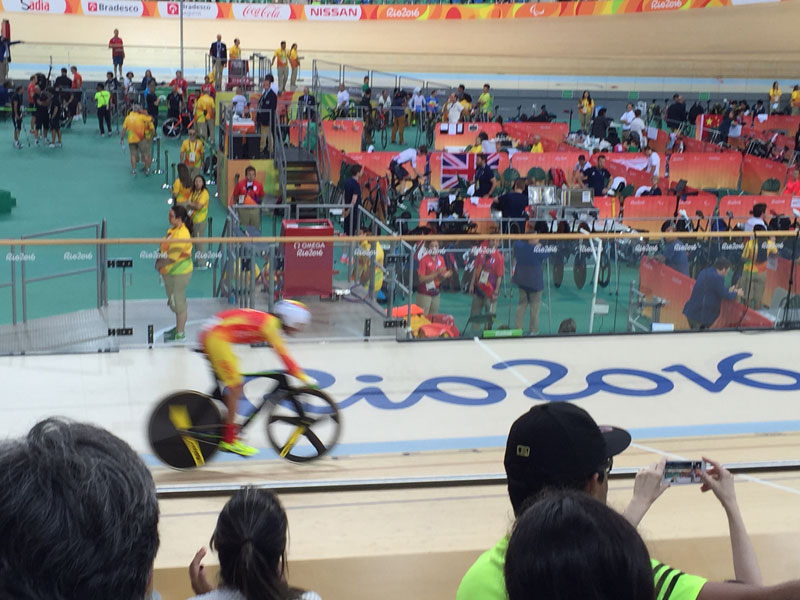 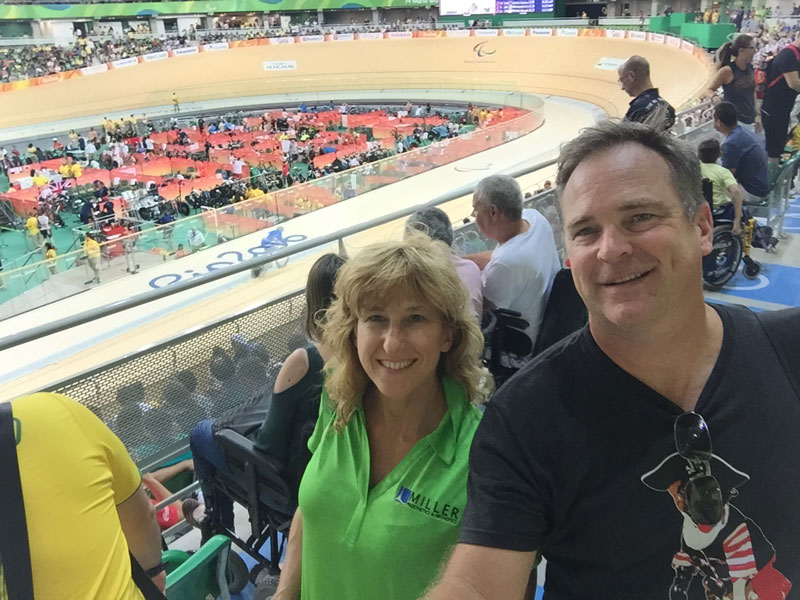 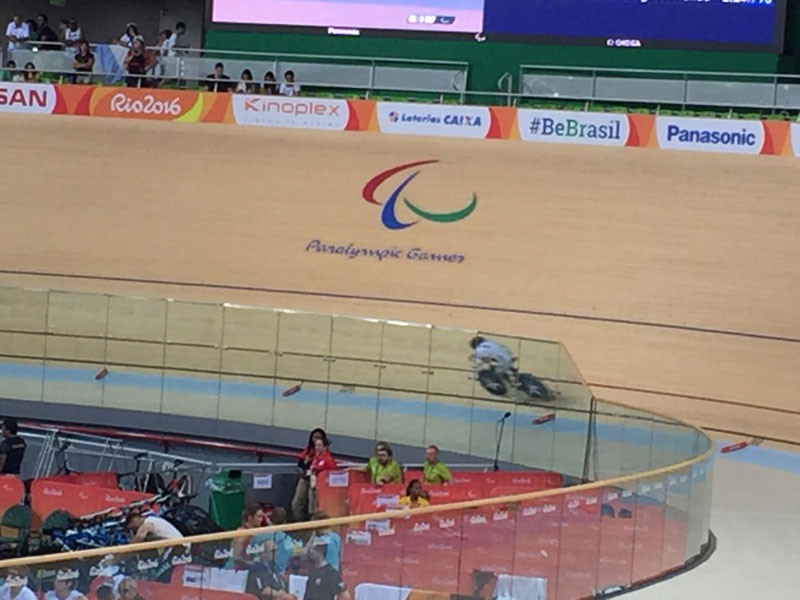 After the event, we made our way to the Japan House.  At the Olympic and Paralympic Games, many countries host a “house” that showcase their country.  The next summer Olympics will be in Tokyo 2020, and the Japan House was open to people who had a tickets to the game or other credentials.  The credentials that Mark and I have for volunteering give us access to a variety of places, including the Japan house.  In fact, because of the department we work for, our credentials get us into every venue, and even the lounge areas with complimentary food and beverages.

We finally made our way from Olympic Park through highway traffic (that looked more like a parking lot) to the Japan House.  We checked out the exhibits and made our way to the sushi stand.  We were exhausted after a big day, and headed home after that. 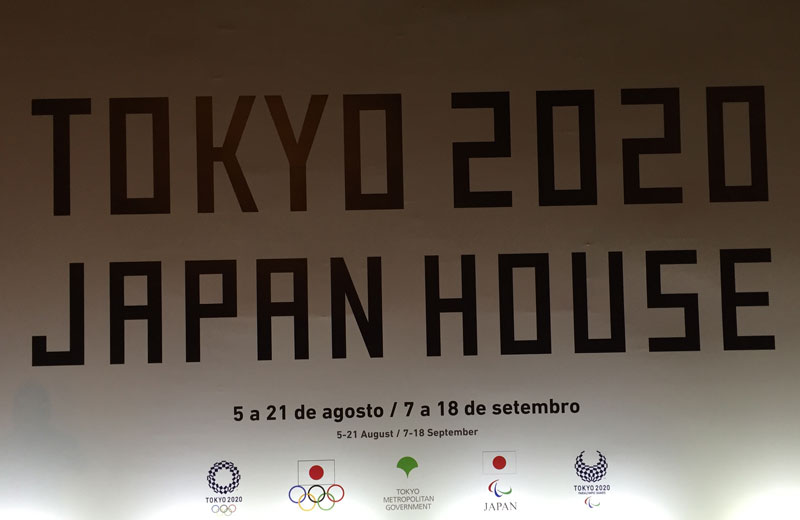